You are here: Home / Mental/Emotional Health / Creative Artists With Depression Creating art can be a powerful way to deal with depression and other mental health challenges.

That is a quote by Clara Lieu, a visual artist and professor at the Rhode Island School of Design; she is referring to her projects, especially “Falling” – a series of fifty self-portrait drawings that visually represent her personal experience with depression and anxiety.

In a magazine interview, she noted that she’s lived with depression since early childhood, at the age of ten. “I didn’t even know I had it. I figured it was just the way life was, and I would have to put up with it.

“When I was diagnosed with it last year, it was the shock of seeing myself clearly for the first time.

Asked if she ever regrets sharing such personal experiences with the world, she replied, “No, once I made the decision to make that work, I had to accept that it would be part of the project.

“Before I started the project, I was really worried and thought, am I really going to do this?

“I decided in the end that I really had to do this. It was part of the project. Falling is a metaphorical gesture.

“One day everything is fine. Then suddenly you’re falling and falling and it never really ends. I’m not doing drawings of figures that are really falling, but it’s the idea of falling.”

She also commented, “My work has never been about showing that everything’s okay.”

In another interview, Lieu said, “The most influential part of my past has been my personal experience with depression and anxiety, which fueled the creative drive behind the ‘Falling’ series.

“Being diagnosed and treated just a few years ago… It was startling to see myself clearly for the first time, free from the disease.

“Only at that point did I have the emotional distance that allowed me to to be in position to address this subject artistically. I knew at that point that I felt an uncontrollable drive and compulsion to make the work.”

She notes, “Depression is something that happens privately, behind closed doors; it’s a secret that most people keep hidden and never talk about in public.

“On a broader level, I’m looking to open a dialogue about a topic that is rarely discussed openly by exposing my own personal experience.”

From Interview with Clara Lieu by Iniye James, Rough Magazine, 09/18/12.

Video and lower image – Self-Portrait No. 10 – from her main artist site www.claralieu.com.

For more perspectives and resources, see my site Depression and Creativity.

Cognitive psychologist Scott Barry Kaufman commented on the death of Robin Williams, that his “comedic genius was a result of many factors, including his compassion, playfulness, divergent thinking, imagination, intelligence, affective repertoire, and unique life experiences. 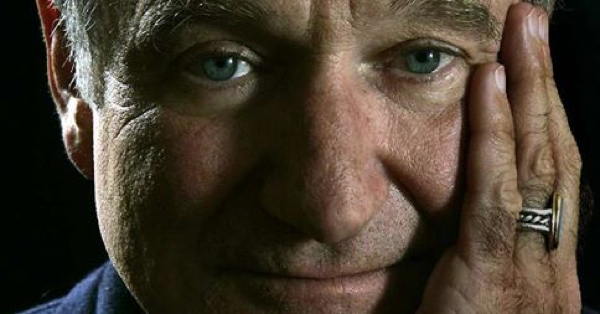 “In contrast, his suicide was strongly influenced by his mental illness.

“This romanticism of mental illness needs to stop.”

From my article:
Madness and creativity: do we need to be crazy?

Artist Marlene Azoulai says she was “first introduced to Art Therapy while in a psychiatric institution. There, I learned that when there are no words, there can be pictures. I learned that an artist is not necessarily someone who has studied art, but one who has something to say, and the courage to say it.

“I learned that an artist is someone who makes art to save her life.”

Therapist Natalie Rogers says that “using the expressive arts gives people a safe place to explore their shadow side… The shadow is the part we have repressed in our lives. Some people have denied their anger and rage for a lifetime.”

For more perspectives and resources, see my site Depression and Creativity  – and this page: