You are here: Home / Writers and writing / Writing wherever; Artist myths; Fraud feelings

In her famous essay “A Room of One’s Own” in 1929, Virginia Woolf said that for women artists “a lock on the door means the power to think for oneself” and encouragement to develop the “habit of freedom and the courage to write exactly what we think.”

From my article Solitude and creative expression.

But many writers don’t have the luxury of a writing studio, or even a schedule that is always under their control. Amy Bloom, Wesleyan University’s Writer-in-Residence, commented in an interview about being a mother and writer:

“When I started, I wrote late at night, after they were in bed. I could do that and get away with it because I’m not much of a housekeeper and I didn’t need much sleep.”

From article: Motherhood and creative work.

“I wrote the stories in my first book by hand, in these places: at the counter of the Mobil station where I worked in 1979, between customers, eating beef jerky and stale cashews out of the nut mix no one ever bought from the cloudy glass compartments beneath my notebook; sitting on a huge rock at the beach in Rosarito, Mexico, in 1983 after my husband fell asleep in the tiny hotel where we spent our two-night honeymoon, writing in my notebook; sitting at a card table in married student housing in 1984 in Amherst with the small blue Smith-Corona my mother had given me for high school graduation; in a pale green 1980-something Fiat with brakes that went out all the time, upon which occasion my husband would have me sit in the driver’s seat and pump the brakes while he was underneath the car in the gravel driveway of our house back in Riverside in 1988, and I held a notebook and pen, writing.” She notes “The whole time, I waited to be alone. Writers were alone. They woke with the sunrise, drank coffee, wrote alone, thought alone, listened to music they chose, and in the evening drank something impressive while writing into the night. Alone.

“Real novelists, those we admire, those we consider timeless in their language and character and scene, those who receive accolades for inventive language and form, have writing lives we imagine in specific ways. I imagine these, even now, listening to writers being interviewed.”

She adds, “I joked all the time about writing in my car, about never having been to a writers colony but having finished my third and fourth novels in cheap motels where I stayed awake all night because in the first, someone was trying to kill his wife and she beat him up and he lay in the hallway moaning; in the second, two men were making drug deals all night long in the hallway; and finishing my fifth novel at Riverside’s elegant Mission Inn, in 1995, because I felt the weight of Erle Stanley Gardner and the other writers who’d inhabited the lovely room where I wrote — by hand — feeling like a fraud.”

From her article: Susan Straight on learning to write without a room of one’s own, Los Angeles Times April 9, 2014.

Susan Straight is author of eight novels and two books for children, essayist, short story writer and reviewer. Her honors include a Guggenheim Fellowship and Lannan Literary Prize, and the Kirsch Award for lifetime achievement from the Los Angeles Times Book Prizes.

One novel by Susan Straight: Between Heaven and Earth.

TEDxRedondoBeach – Susan Straight – To Make You Cry: Why I Tell Stories

Straight writes about having a concept that “Writers were alone. They woke with the sunrise…” etc. — Her list is generally positive qualities, but many ideas about artists are not, which can affect how we think of ourselves as writers or other artists.

Cameron asks, “Doesn’t this make you want to rush right out and become an artist? We have a mythology in America around creativity that’s very, very negative.”

From my article Artists are Crazy; Mothers Can’t Be Artists, and Other Myths.

Another article: David Burkus on Myths of Creativity
There are many ongoing myths and ideas about being creative: You need to wait for a flash of inspiration; You need to be a “genius”; Artists are crazy, or at least flaky; You need to be in pain to create, and many more. 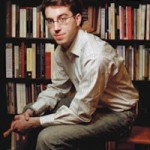 Jonathan Safran Foer, for example, commented about his novel Everything Is Illuminated, which made The New York Times best-seller list:

From my article Getting beyond impostor feelings.

Do you relate to any of this?