Actor David Thewlis is known for his dynamic characters in many films including Naked (1993), as Remus Lupin, a “Professor of Defense Against the Dark Arts” in the Harry Potter series, and many more. His first novel “The Late Hector Kipling” was the focus of an interview by screenwriter William Monahan:

William Monahan: “I find that when you’re writing a character, you are that character. It’s probably no joke that Shakespeare was an actor. Dickens, famously, was a brilliant performer of his invented people, not only when he was reading in public but also when he was creating them on the page.

David Thewlis: “I think there is a very strong connection. One of the most pointless questions I seem to get asked over and over is, ‘Do you think you may now give up acting?’ as though I am condemned to choose one or the other.”

Character development on screen and page

He notes, “As an actor you spend your life creating characters, understanding motives, paying great attention to the details, the mannerisms, the speech inflections.

“It does not seem much of a jump then to shift this ability to the page. I work with dialogue all the time and endlessly persevere to make speech sound natural.

“Actors read a lot—scripts, source novels, research; they live with words, so it seems a natural progression to try and write a few yourself, since over the years you have learned what works.

“Also, in my own case, I was actually writing a long time before I even thought of acting. It has just taken me rather a long time to find my own style and also to build up the confidence to put something out there.”

Thewlis describes some of the themes that can relate to many artists:

“There are parallels to the film world here, of course. The money is similar at that level of success, the bitterness, the rivalry, the celebrity, and, of course, the twisted fans.

“The money and the fame can drive wedges into relationships, with the ones who get left behind wondering if their rival is merely lucky or if it is in some way a reflection of their own lack of talent.

“Many friendships cannot bear the weight of this ambiguity, and they begin to suffer a loss of spontaneity and generosity of spirit.

“I also found the art world full of amorality. The players are fantastically eccentric. They seem to crawl around in some shady hinterland between home decorating and pornography, and one always imagines that they must smell a bit funny.”

From BlackBook magazine article Fiction (With a Twist of Lennon).

Thewlis said, “I rented a flat in Soho and cut the plug off the television.”

“By day, he walked the streets and sat in cafes, watching and plotting. By night, he wrote. Within nine months, he had written his first draft. His publishers loved it, but said it needed some work. By then, Thewlis was in love with Friel and his life in general.”

“I used to write out of angst,” he explains. “When I met Anna, I lost that urge to vent spleen.”

[His partner, actor Anna Friel, starred in the TV series “Pushing Daisies” among other projects.] 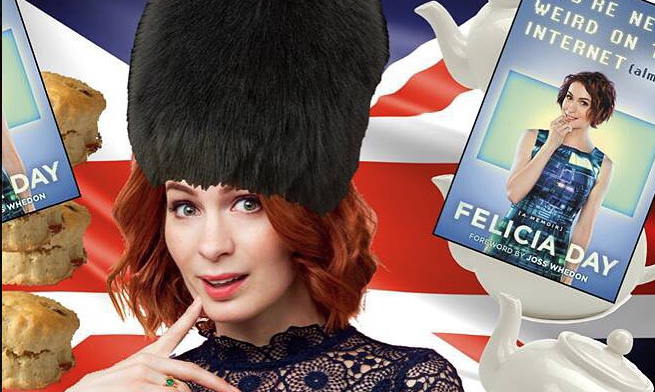 In his interview with Felicia Day about her memoir, Jevon Phillips notes “the Internet is where Day found her voice.

“She created and stars in the Web series ‘The Guild’ and is the founder of Geek & Sundry, a multiplatform media outlet that is a hub for the geek community.”

Phillips asks her, “Was writing your memoir cathartic? You talked a bit about depression, and later in your book, about having a nervous breakdown.”

Felicia Day: “Absolutely. Writing this book was an adventure in self-therapy that I never thought I would explore.”

One of the related posts on “angst”: Keeping the turmoil in your art – not your spirit.